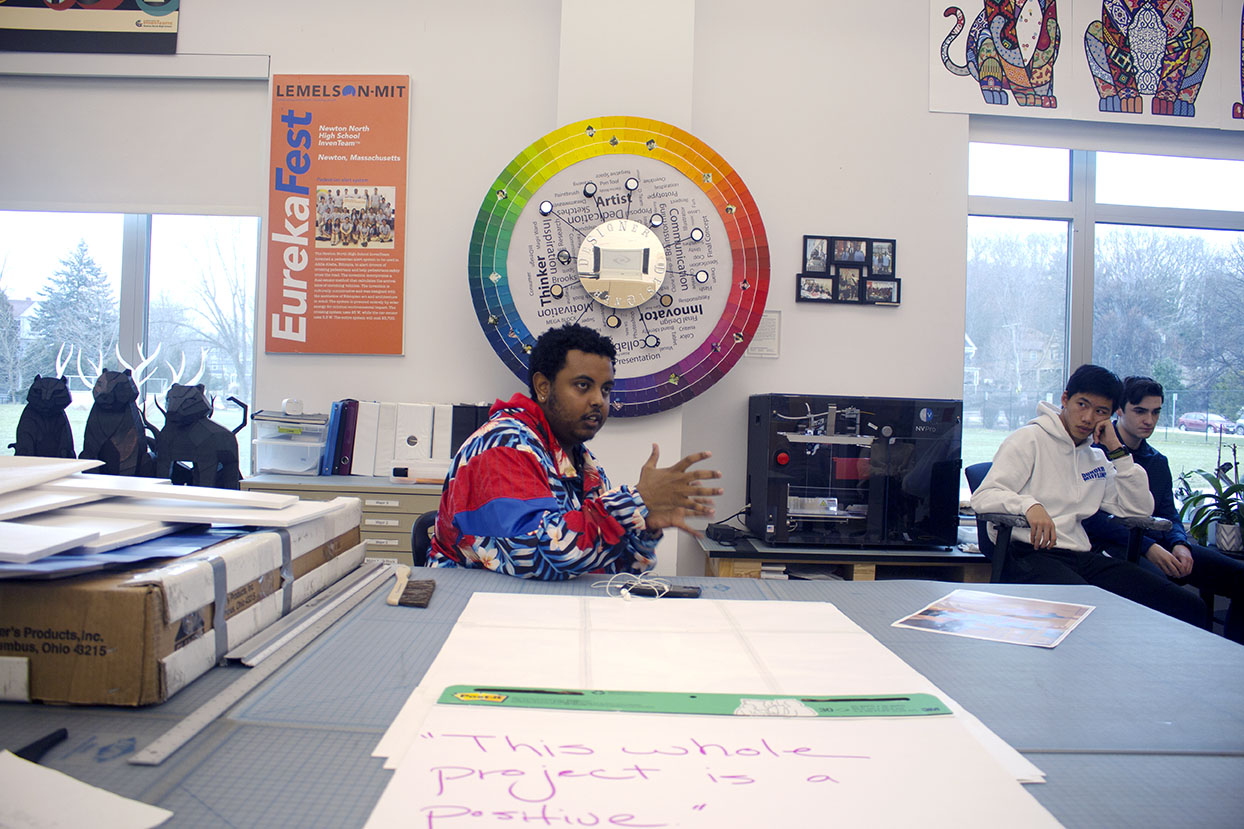 Felege Gebru, graduating class of 2011, has been up to a lot since our last update with him. From winning a prestigious award for his music, to having his short film shown at a festival, to moving to Los Angeles to work for a startup, to working at DreamWorks as a character FX artist, Felege has continually pushed himself for more.

He told the class about the relevance of his high school experience design and how it has changed the way he approaches problems in his career. In short, Felege described his view of design as more of a way of thinking and approaching problems than a field. This has given him the ability to collaborate and break down problems more effectively.

Felege recently finished up his visual effects work for the movie Trolls, and has begun working on The Croods 2.  If you see either of these movies be sure to look for his name under the credits.