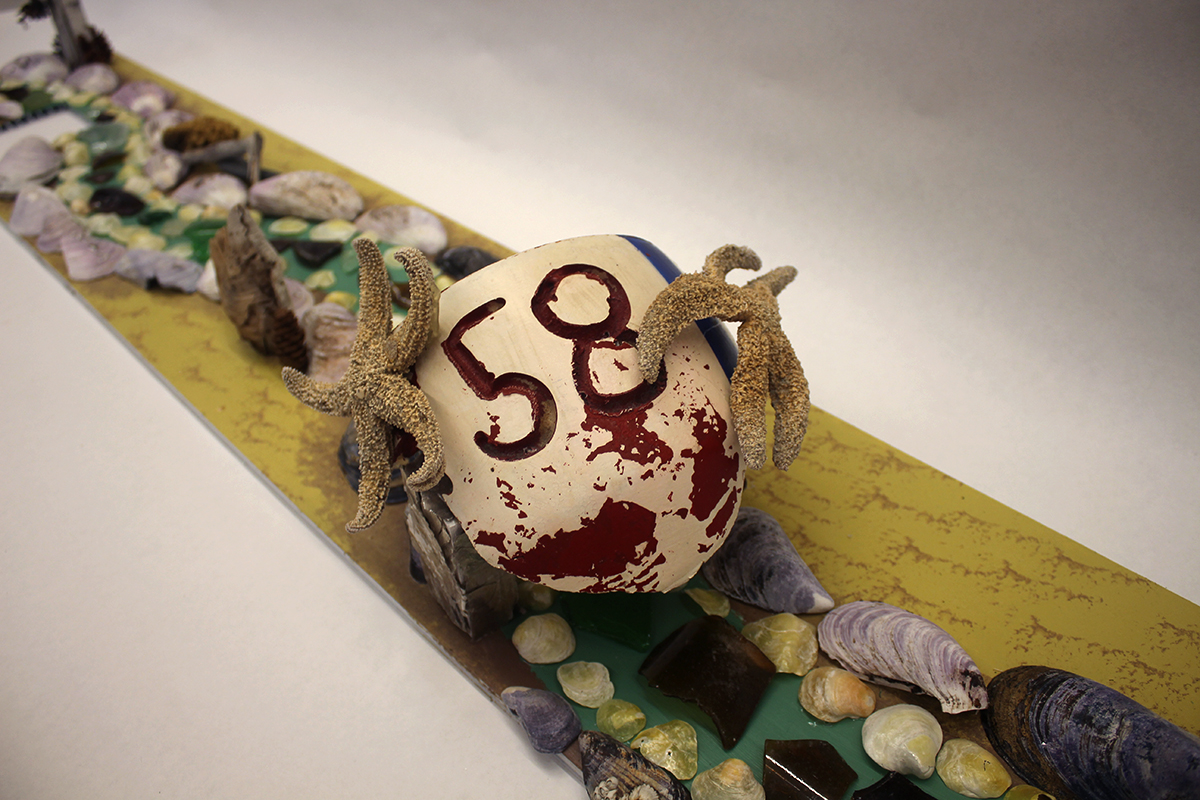 This project was a public art exercise, and the task was to create public art for the windowsills in the Design classroom.

The class was then separated into 3 groups, where we began by picking inspiration from a huge assortment of sea and beach related items. This included clamshells, seashells, rocks, sea glass, eroded wood, sea urchins, claws, and many more interesting pieces to enhance our display.

Then, the three groups began creating thumbnail sketches. Each group eventually voted on one final concept after sharing and combining ideas. We created a layout of the concepts and what our assortment would look like on the foundation, which was a board of wood. The groups then used color swatches to help develop a color scheme before mixing the paint for it together.

After around two weeks of constructing and assembling the pieces, we were finally finished and we placed them on the windowsill.

This preliminary exercise helped the teams develop a stronger bond, and it helped us gain an understanding of the principles of designing public art under a professional setting before we moved onto our final project. 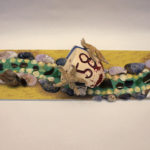 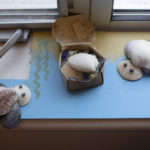 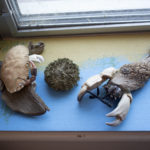 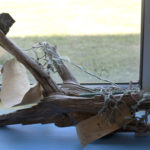 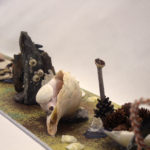 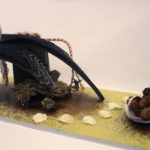