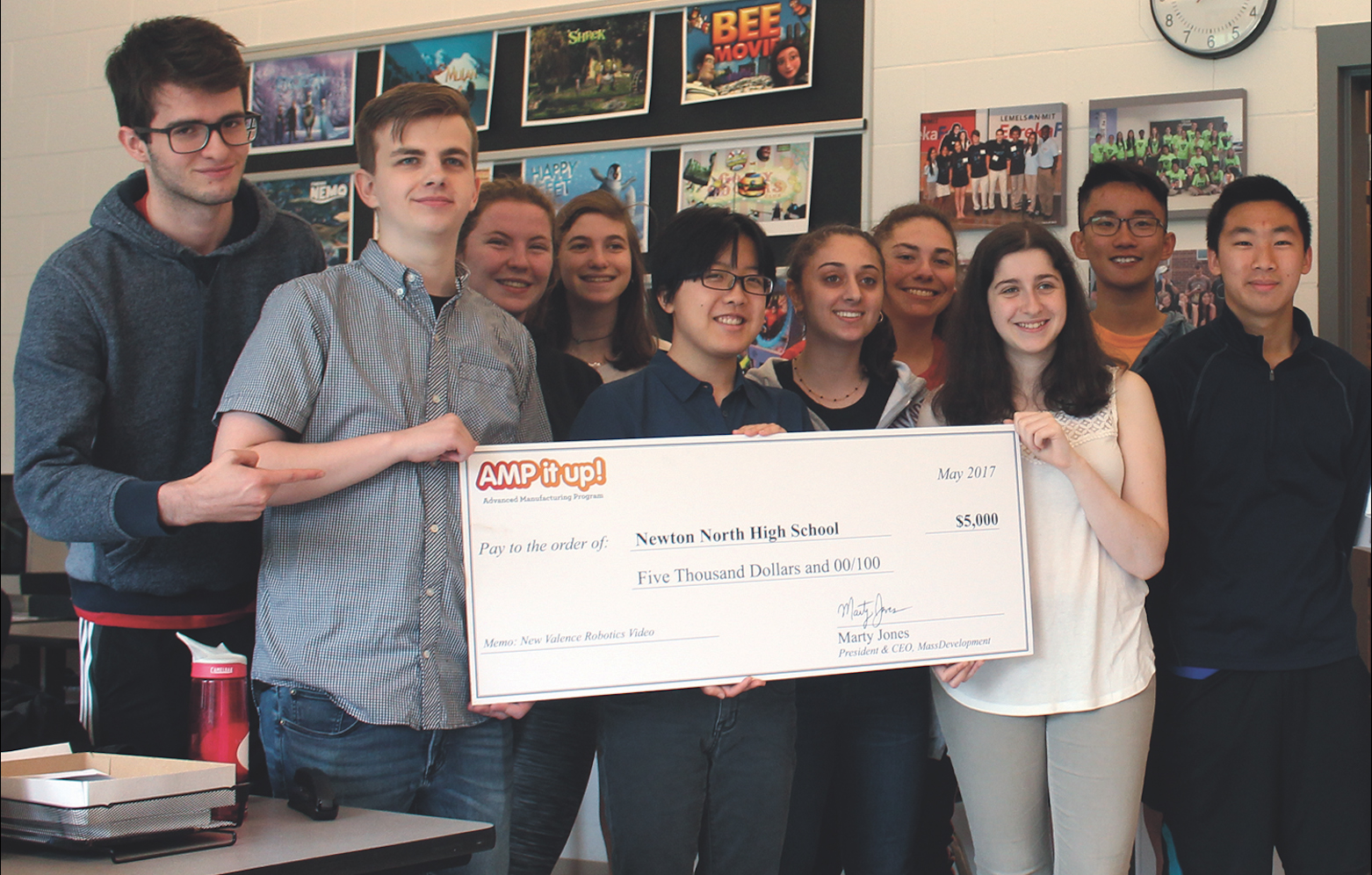 AMP It Up! Challenge

Last year’s Major 2 (currently Major 3 of 2017-18) submitted videos to the Amp It Up! Challenge, a competition to create the best video about a product made in Massachusetts, with the chance to win a $5,000 grant. The Major 2 class divided up into three groups, and each group picked a Massachusetts-based manufacturer to work on, such as Converse, New Valence Robotics, and Reebok.

We researched brand identity, history, and manufacturing processes for each company. After developing storyboards and narratives for our videos, we filmed them inside and outside of class, and submitted them in May of 2017. We found out in June that the New Valence Robotics submission, created by Emma, Li, and Liam, won first place! We were given the grant of $5,000 and the entire Design and Visual Communications program was very excited. We had a celebration and invited ambassadors from both the Amp It Up! program and New Valence Robotics to come and speak to the design students.

The NVBots group could choose what to do the grant, and they decided to put some of it aside as money for the design program and use the majority of it as money for a scholarship for Major 3 students at the end of the year. All in all, this was a great learning experience that shows how hard work can pay off! 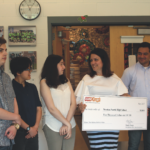 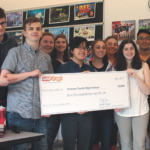 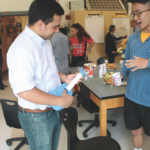