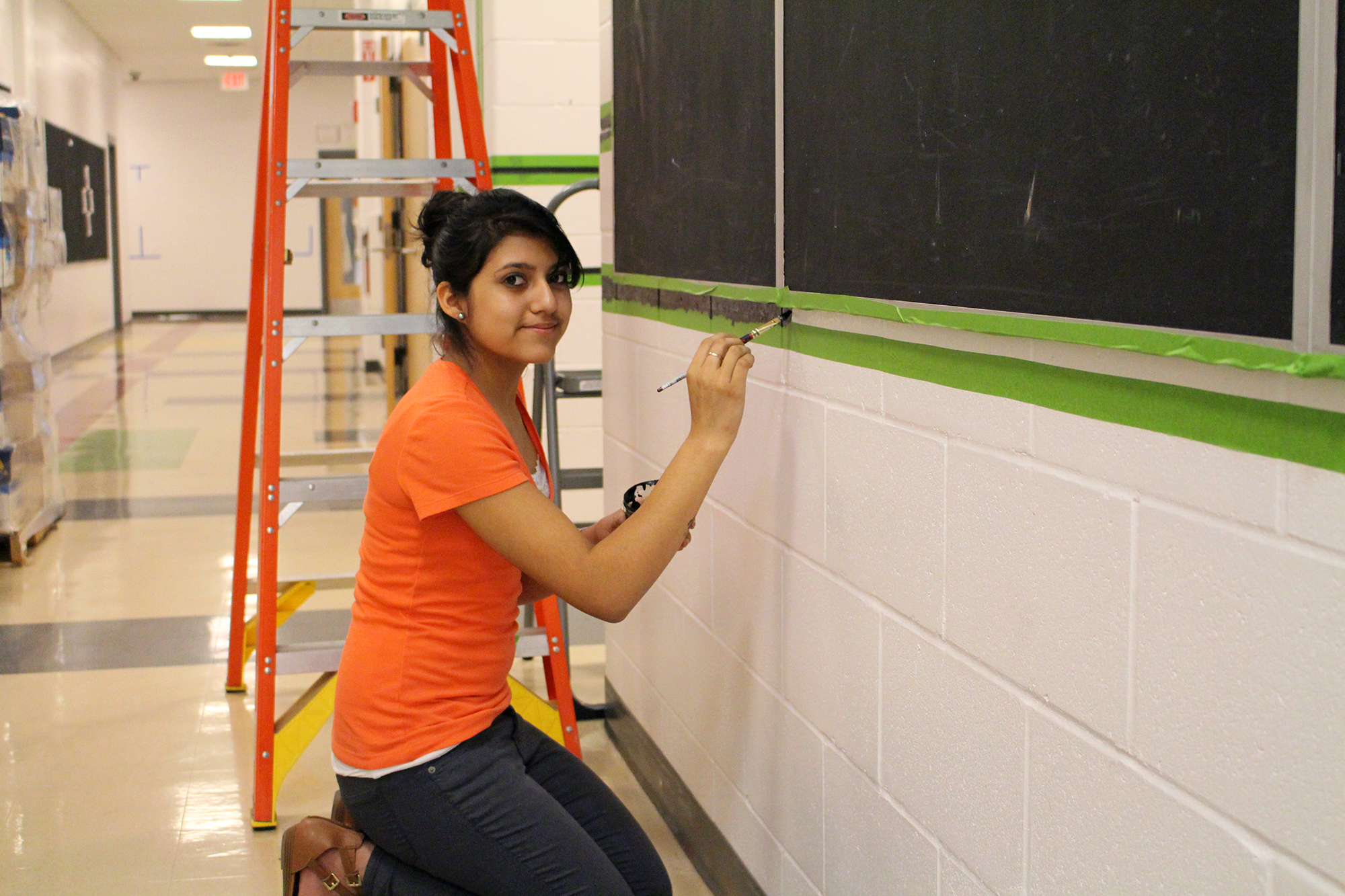 For the past few weeks, the majors have been working on creating a mural in the hallway outside the design room. The mural consists of a large black grid that covers the entire hallway from ceiling to floor.

The concept was inspired by 20th century artist Pierre Mondrian. Mondrian was a Dutch painter whose iconic pieces featured black grids filled sporadically with brightly colored rectangles and squares. The class came up with an idea to create a similar grid, but use student artwork to fill the grid in place of colored rectangles.

Katie was assigned to design the mural. After she produced the final sketches, the class got to work painting the grid. First, they put down black tape to indicate where they wanted to paint the grid. This took days of work with a level, a ladder, and rolls of tape. They then surrounded the black tape with green Frog Tape and peeled the black tape off. They are currently in the process of painting black between the Frog Tape and peeing the Frog Tape off, revealing perfect black lines.

While the grid was being painted, each senior student was assigned a color and a canvas size. Using only these two restrictions, the seniors have been working on creating pieces of artwork on their canvases using their assigned colors. The student concepts range from paintings to 3D collages. When they finish their pieces, they will hang them in the grid to simulate Mondrian’s colored rectangles. The rest of the blank spaces in the grid will be used to display student work throughout the school year.

The mural is a huge project and the majors have been doing an amazing job. It is going to look beautiful in the end! 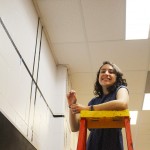 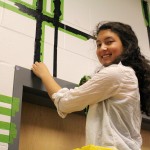 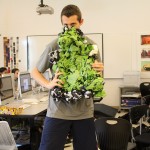 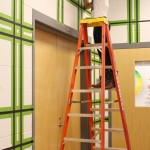 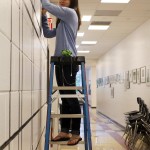 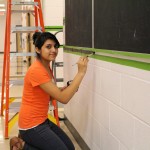 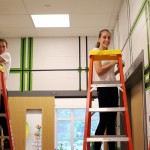 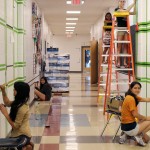 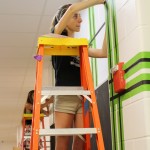 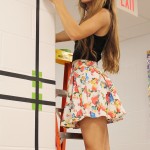 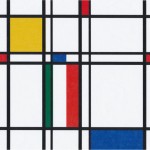 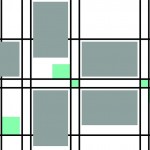